Gamirasu Hotel is located near Urgup, the heart of Cappadocia, Ayvali village, with its 35 meticulously restored and designed cave rooms, it is the first rock hotel of the region, put into service in 1999. 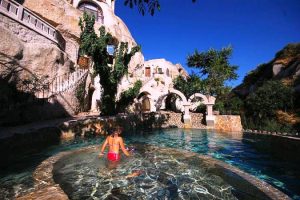 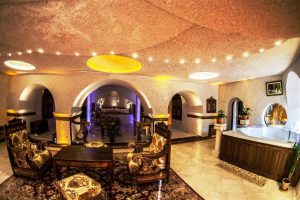 The hotel, which was used as a monastic retreat in the Byzantine Era, offers a strikingly beautiful nature, serenity and contemporary comfort in a pristine village of unspoilt beauty, without distracting from the spiritual feeling of the area which has been known to be inhabited for more than five thousand years. 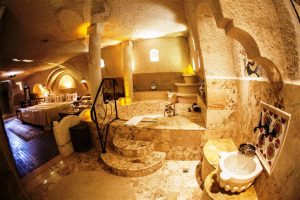 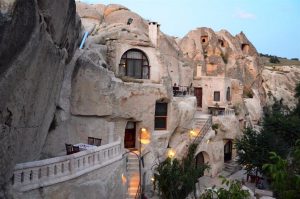 Some parts of the hotel were used by istian priests until one thousand years ago. It is the only hotel in the Cappadocia region which contains a Byzantine Orthodox church from the 11th century and in this day, the kitchen which once belonged to the monastery is our kitchen, their dining hall is our dining hall. Some of our rooms are the cells in which priests retreat into seclusion once. 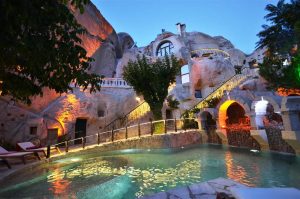 Our pool has 74 m2s space, floor heating, 1.40 meter of depth, special section for children and a very good valley view. You can rest with pleasure while enjoying the view of Byzantine ruins and rest up from the day’s activities.