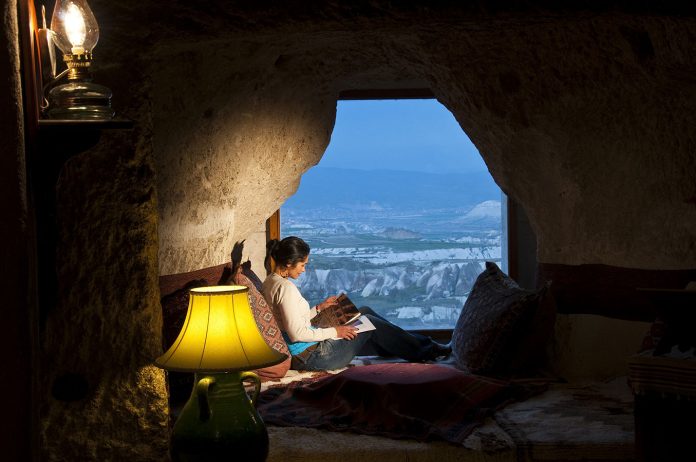 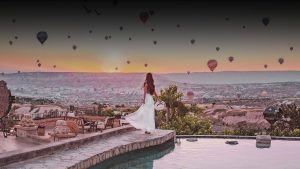 “Matchless”. No other word alone can describe the Museum Hotel so well! Thousands of years of Cappadocia history of the fabulous location where you can feel at each corner, out of the ordinary “museum” concept, apart from the completely decorated with antique distinct and invaluable 30 very special rock and traditional stone rooms, breathtaking views, Turkey’s only Relais & Chateaux quality of service, The Museum Hotel is, unique kişilik with its flawless service quality and outstanding service quality with its elite team of 55 specially trained to serve 30 rooms. 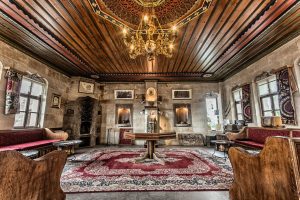 In 1998 Mr. Indigo Tourism (Group) Chairman of the Board of Directors. Museum Hotel, which was renovated by Ömer Tosun, was opened in 2002 by the Minister of Tourism. Erkan Mumcu officially opened the service under the INDIGO brand. 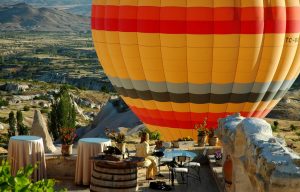 The Museum Hotel, which has only 30 very special rooms, is located in a very spacious and tahmin unique tahmin area. The Museum, which has been restored as a result of the restoration of the old ruins, caves and ruins, has been a distinguished example of Cappadocia as the esi first luxury hotel ad of the Cappadocia region. 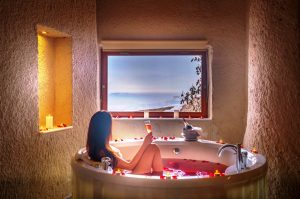 Thanks to its unique location, many of its rooms and suites are located in the Museum Hotel, which has magnificent views of Cappadocia. Goreme valley, Love valley, Güvercinlik Valley, Red Valley, Avanos and Erciyes Mountain are the most important visual beauties of Cappadocia. Aiming to provide the most special and impressive service to its distinguished guests from the very first day, Museum Hotel is the invariable and priority choice of the most distinguished guests visiting the Cappadocia region. 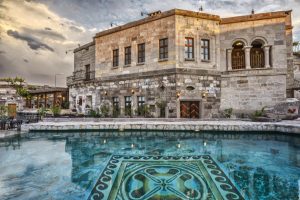 The private area of ​​the Museum Hotel consists of tens of thousands of cave and stone houses. It is known that the Romans, who were Hittites, Persians and early Christians, were living in the caves that were under the Museum Hotel. Seljuk period with the hand-carved yellow stone houses have been used as living places. Our stone houses today; The reception was evaluated as Taşköşk, Eflatun Suite and Restaurant (Lillata). 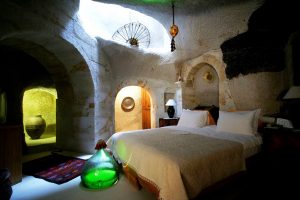 It is known that the people living in the area that belonged to the Museum Hotel belonged to Tekeli. Therefore, the neighborhood where the Museum Hotel is located is called ğu Tekeli Bu. The monopoly also known as Akhal-Teke is also known as the Yörük Turkmen tribe which brought the famous horse genus to Anatolia. Cappadocia, known as the ılmaz land of beautiful horses el at that time, must be an inviting date for the Monopolies, inevitably a historical fact. These rare cave and stone houses, which have been used by Hittites, Persians, Romans, Byzantines, Seljuks and Ottomans for many purposes such as houses, barns, kitchens and warehouses for thousands of years, serve as a result of a very elaborate project today with the quality and care of Museum Hotel. 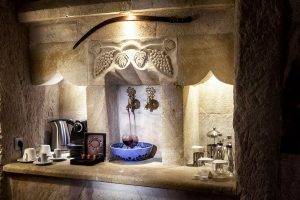 As a result of its quality approach, Museum Hotel has received the Best Hotel Architecture and Best Hotel Restoration and Renewal awards by the International Hotel Awards 2013, one of the most prestigious awards of the world hospitality industry. 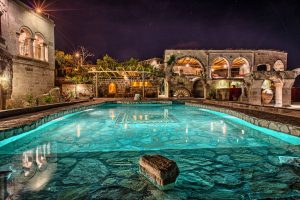 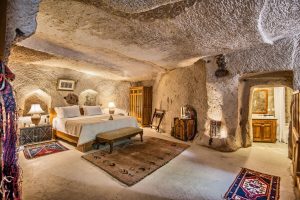 Restoration of the Museum Hotel started in 1998 and many caves are currently under construction. 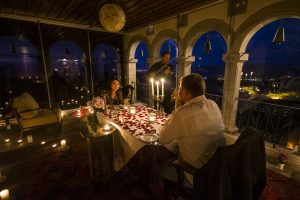